Driving on the Right Side of the Road 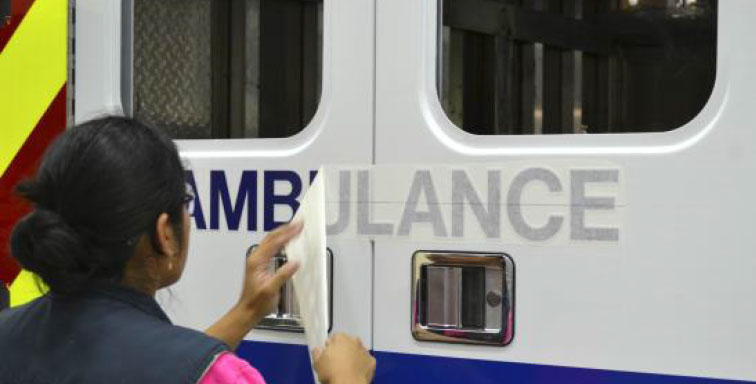 If your life has ever been saved by an ambulance, you can probably thank American Emergency Vehicles (AEV) for the ride. Consistently rated the number one producer of ambulances in North America by the industry organization the Ambulance Manufacturers Division, AEV manufactures 25 percent of all domestic ambulances, nearly 1,000 per year.

Recently, AEV decided to expand its reach beyond US shores by exporting. With that decision emerged the need for a partner with a solid reputation who could explain the intricacies of exporting. AEV turned to NC State University, the Industry Expansion Solutions (IES) and ExporTech™.

On The Verge of Shutdown

“A couple of years ago when the market started dropping down 30 percent, finding buyers for our products was difficult,” says AEV sales manager, Randy Barr. “We were literally to the point of having to shut some of our lines down due to a lack of activity.”

Then, an IES ExporTech™ flyer found its way into management’s hands, presenting the company with a new way to increase business.

“Our goal with ExporTech™ was to try to become comfortable with export, to create contacts in foreign markets and for our representation in those markets to become stronger,” says Barr. “Companies like ours cannot survive without downsizing if they’re not exporting.”

ExporTech™ is a “how to” program designed to help companies enter or expand in global markets. Manufacturers use it to develop a customized international growth plan, moving quickly beyond planning into actual export sales.

Barr says that his company not only gained the new contacts it sought, but it also discovered state resources that facilitated meetings overseas.

“We came out with a comfort level we didn’t have before in how to ship, how to get paid, all things vital to understand when exporting,” says Barr.

For AEV, the benefits of ExporTech™ were both immediate and far reaching.

“The business we gained from expanding into export allows us to keep the people we have. That’s 25 to 30 jobs we’re able to save per line,” says Barr. “And if business continues to grow, and we open a new production line, that’s another 30 jobs created.”

Through its network of international representatives, AEV now exports to Chile, Peru, Ecuador, Switzerland and Kuwait. Agreements in these countries have netted the company millions in additional sales.

This market expansion has resulted in AEV developing an outside sales group to handle the ongoing move into overseas markets. Barr foresees AEV increasing its export market share by 10 to 20 percent in the next three years.

Barr is optimistic about AEV’s future in ambulance export, and he offers a message to other companies seeking to go where his company has gone.

“To succeed in export, you have to broaden your mind,” he says. “You can’t go into it thinking about products you build now. You have to look and see what’s out there and fill that need.”