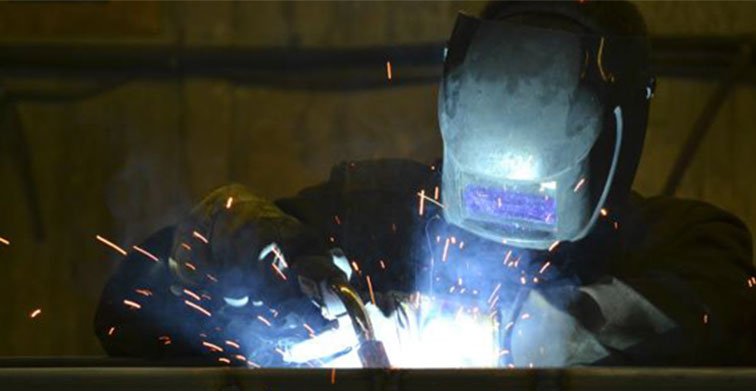 Rocky Carpenter, operations manager for Southern Fabricators, sits at a conference table working to sum up why the company recently embarked on an ISO 9001:2008 maintenance training course and internal auditor instruction through IES, one that resulted in high-dollar economic impact and job creation. “All that we have is our delivery and our quality. That’s all we have to sell. We have no product,” says Carpenter. “If we’re failing on our quality or delivery, then what’s the use of doing business with us?”

The company was founded in 1968 by Carpenter’s grandfather, Kent Carpenter, a former NC State engineering student and Southern Fabricators’ current CEO. In the past four decades not only has the original machine shop undergone big changes – it now encompasses over 100,000 square feet – but industry standards and customer expectations have, as well. In order to keep up with the demands of the market, Southern Fabricators originally sought ISO 9001 certification in the late 1990s. By 2011, they were ready to enhance that knowledge.

“Eighty percent of our business can’t be done without an ISO certification,” says Carpenter. Customers both domestic and international often require their supplier to become ISO certified before even considering doing business with them. “Without ISO, you have to spend time selling your business to the customer,” says Randall Wallace, the director of quality assurance. “With ISO, you can focus on selling your product instead.”

In June 2011, Southern Fabricators contacted IES regional manager Gene Beneduce. Beneduce introduced
them to IES improvement specialist Sonia Hughes who was able to provide ISO 9001:2008 maintenance and internal auditor training to two dozen of the company’s employees, from management, to foremen, to machine operators on the floor.

“Sonia’s training was right on the money,” says Carpenter. “I went through the printed materials before
she began her class and found she covered every dip, turn, and change in the updated ISO standard. Other vendors haven’t always been as thorough.”

As a direct result of their ISO processes, the company reported a record 40 percent jump in sales, an upwards of $12 million in direct economic impact and a total of 60 jobs created and saved in the past year alone. They are on track to meet or exceed those numbers in 2013.

And as an even greater source of pride to the company, Southern Fabricators has been hired to construct a series of network protectors that will house sensitive electronics and communications equipment in the
new One World Trade Center tower rising in New York, work that would not have been possible without the
rigorous quality standards reinforced in their IES training.

“[ISO training] is not just a bunch of paperwork. It’s looking into what we do and seeing that it’s right
for us, or amending it to make the process beneficial to the company,” says Carpenter. “As part of ISO, an employee’s name goes on every product they make. That helps us all take extra pride in what we do.”