Building community, and a townhouse, through service 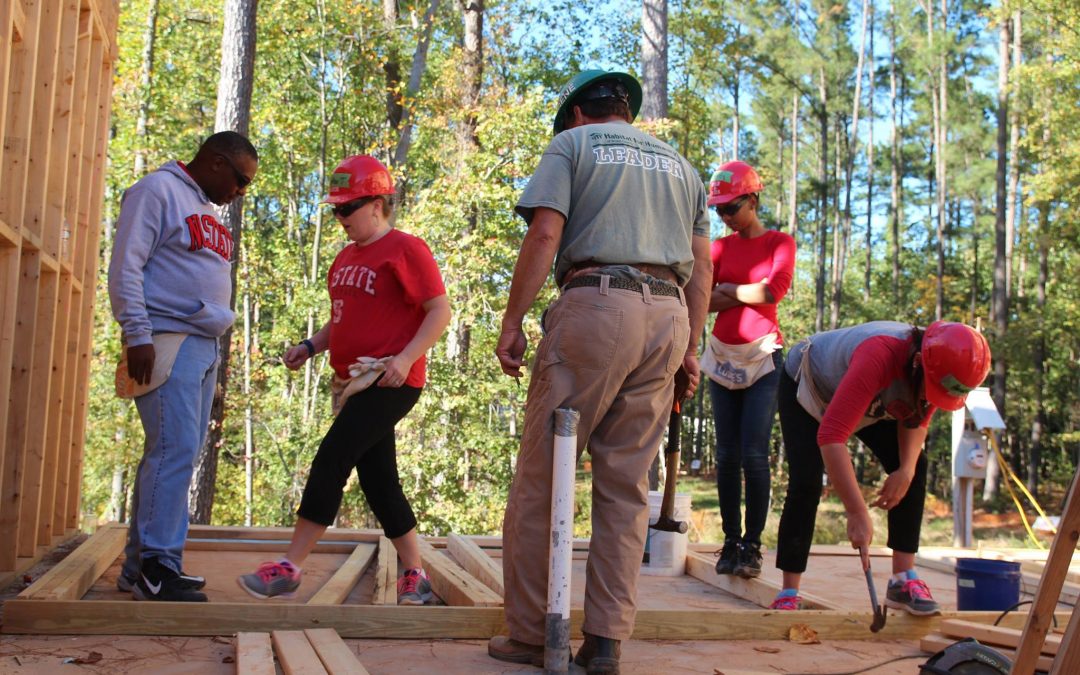 The harmony of hammering, the screeching of sawing wood, and loud ladder climbing aren’t sounds normally heard at the IES office on NC State’s Centennial Campus.  But those noises became the soundtrack for numerous staff who spent two days outdoors recently, on a construction site. It was the sound of service—community service—at Habitat for Humanity’s Build-A-Block site in Southwest Raleigh, where 11 townhouses are quickly taking shape.

“I wanted to organize a community service project that many of our employees could participate in, that involved the larger university, and this was a perfect fit,” says Darija Franjic, program coordinator at IES.

Franjic, along with Heather Thorpe, an accounting technician and the event’s co-organizer, put their heads together and organized the Habitat for Humanity outings.  “It was so rewarding to see how many co-workers came out to help and how they really care about the community,” says Thorpe—even though she reports the she was pretty sore, afterward, from all the lifting and hammering.

The IES team made a large impact in the two days it  worked. The project attracted employees who had experience with construction, and others who’d never done anything like it. It also attracted people who really enjoy helping people. “Habitat for Humanity is a great organization that helps families that can’t afford the opportunity to become homeowners,” says graphic designer Mike Reep. “It gives me pride to know that NC State has such a strong commitment to give back to the community by supporting the Build-A-Block campaign.”

Six of the employees who volunteered had previous construction experience, and were delighted to apply their skills to the Build-A-Block project. Others were a bit newer to home building, but soon became comfortable wielding  hammers and putting up insulation.

“This has been a great team building event for IES,” says Phil Mintz, interim executive director.  Everyone agreed with Phil’s sentiments—that spending a day with their coworkers and doing something for others, is time well spent.

The Build-A-Block townhomes will be ready for occupancy in late January.