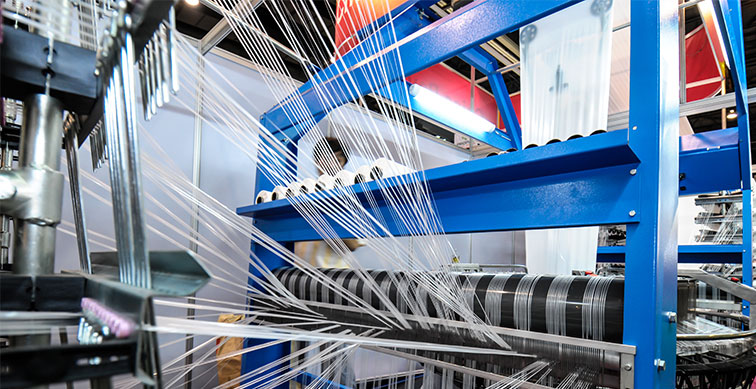 Standing at either end of Taylorsville, NC are two buildings that bookend the past, present, and future of textile manufacturing. One is 94-year-old Schneider Mills, a family-owned company that has produced nylon, polyester, and acetate woven fabrics since 1919. At the other end is its new subsidiary, Composite Fabrics of America, a 3-year-old company weaving high-performance carbon fiber, aramid, fiberglass, and hybrid fabrics for application in everything from recreation to military use. With the awarding of an AS9100 certification, CFA is now ready to take on weaving for the aerospace industry, too.

“When we started this business, we entered the recreational products end first,” says Hank Byrd, CEO of Schneider Mills and CFA. But within the field of composites, Byrd saw an opportunity to innovate. “We were looking for something different to do, so we looked at carbon composites and saw it as a growth business. We thought it was coming into its own in the aerospace field,” he says.

Matthew McPherson, CFA’s president, realized that AS9100 certification would give weight and credibility to the new organization. “We’re too young as a company to have any sort of reputation or street cred,” he says. “You’ve got to bring something else to the table.”

The move toward certification did not come without uncertainty for Byrd. “Our chief concerns were:
one, was our business big enough to afford the AS9100 process, and two, did we undertake the certification too
early?” Byrd says. His apprehension dissipated when he and McPherson saw the company achieve certification on its first attempt, and immediately began to witness positive results.

In addition to letting CFA fully compete in aerospace, AS9100 also provided quality management oversight across the entire catalog of products – from bridge and pipe repair to canoe paddles.

“I appreciate the internal structure AS has given us,” says McPherson. “We feel like we have much better control now of what we’re sending out the door. Our quality isn’t what we think it is; it’s what we know it is, and that
feels good.”

Exercising a rigorous quality management system for its aerospace needs and additional products has helped ensure that CFA remains ahead of the curve in textiles, an industry that has seen its share of challenging times.

“Other textile manufacturers are making similar moves,” says Byrd. “This industry has shrunk to the point of having very few established players left. They’re all looking for ways to survive. But ‘survive’ isn’t in our lexicon. Instead, we’re looking for ways to rejuvenate and grow.”

“Our goal at first was to grow enough to require this certification. Now that we’ve gotten to this point, the sky’s the limit.”