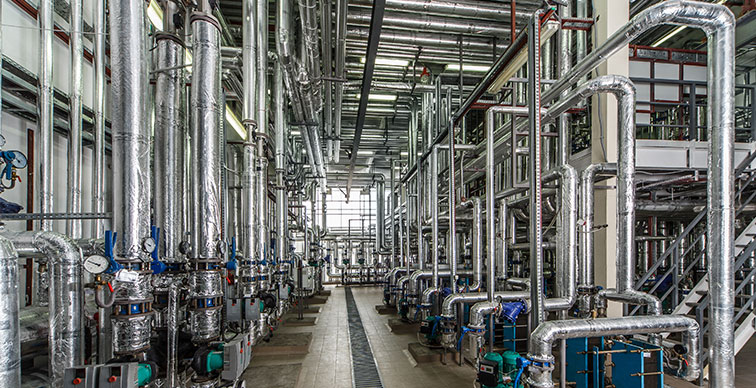 When someone tells him that it’s never been done, Giuseppe Guarino wants to do it. So when he was told that getting ISO 9001:2008 certified in a mere 90 days had never been done, the president of K-Flex USA decided to go for it.

Sonja Hughes, an ISO specialist with IES, was the one telling Guarino that it typically takes companies longer than 90 days and that six months would be more realistic. But this push from the top made it possible. Eric Fisher, quality assurance manager, said he conducted a preliminary gap analysis back in November 2011, with the hard work beginning in January 2012. The certificate hanging in the lobby is dated April 2012.

“We were starting from scratch,” Guarino says. “But we like challenges. Tell me something can’t be done and I will show you the way.”

K-Flex USA is part of a global company that makes insulation systems for construction, automotive and marine industries. The 200,000-square-foot Youngsville facility is the company’s only manufacturing plant in the Western Hemisphere , serving distribution centers and customers through the United States, Canada, and into South America. More than 150 employees work at the plant in three shifts.

If you purchase tube-shaped pieces of insulation from your neighborhood home improvement store to slip over your home’s exposed water pipes, you are most likely using an item made by K-Flex USA.

The rush to get ISO certified was twofold. First, the Youngsville group wanted this international standard of quality that most of its foreign facilities already had. But most importantly, they wanted to expand their marketplace. ISO certification opens doors with original equipment manufacturers.

“It shows you’re playing at the highest level,” Guarino says. Now, they look for ISO certification from their suppliers as well.

Once they decided to go for ISO, it was only natural to ask IES for help in prepping for the ISO audit. K-Flex USA already had a relationship with North Carolina State University’s College of Engineering for research support and student internships. Fisher, an NCSU paper science and engineering graduate, admitted his bias toward his alma mater.

As often happens, buy-in from frontline workers was slow at first. “Now they see we’re moving in the right direction,” Fisher says. It’s too early to tell how much new business will come as a result of ISO certification, but K-Flex is getting ready.

Heavy earth-moving equipment behind the Youngsville facility is proof that K-Flex is growing in spite of the odds of the recession. By April 2013, they expect to double in size.

“This (ISO certification) will open doors for more business,” Guarino says. “Our goal is to double our business over the next five years and continue to grow our market share in North America.”