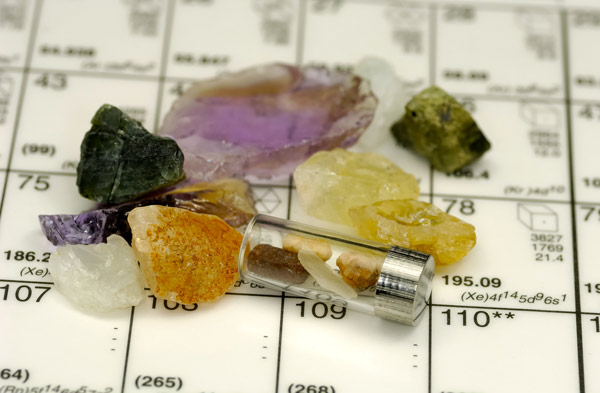 After 70 years, the Minerals Research Laboratory remains a pioneer

In 1946, when the Tennessee Valley Authority and NC State’s College of Engineering worked together to fund the establishment of the Minerals Research Laboratory (MRL), they probably wouldn’t have guessed that their new $60,000 building would one day be located in Asheville, NC’s trendiest neighborhood. From the open bay door of the MRL, one can see a new brewery directly across the street; several more are within shouting distance, and new high-rise hotels are going up at almost the same pace. But while the district is changing, the MRL mission remains the same: to research and develop new processes for the responsible and sustainable use of mineral resources.

The mission is implemented through three types of projects: corporate, state-sponsored, and educational. Corporations from all over the world approach the MRL to assist in their research and development needs—the nature of these projects is confidential, though, to protect the trade secrets and intellectual property of those clients.

We get still get a good idea of the scope of the MRL by examining its state-sponsored projects; one recent task involved developing a separation technology for processing coal combustion by-products—in other words, attempting to resolve the coal ash problem plaguing our state. In another project, MRL researchers created a new building material, made from mining waste, that could potentially replace Portland cement—the production of which creates a huge carbon footprint. The researchers have hatched a plan to test the new paving material on the sidewalk outside of the lab; the street is now sufficiently well-traveled to yield the necessary design data.

For years, the educational component of the MRL’s mission was fulfilled by providing either rock kits or a technician to teachers around the state, to aid their earth science lessons. Now, the MRL has expanded to offer three
undergraduate courses, comprising a Minerals Processing Option, at the nearby University of North Carolina-Asheville. The option teaches the basic principles and knowledge of process engineering not only in the classroom, but in the MRL’s fully equipped processing facility, which is the only one of its kind in the country. Students graduate with a practical understanding of how minerals processing equipment works, and they are better able to interact and coordinate with process engineers after their experience there.

Industry Expansion Solutions, the client-based and solutions-driven arm of NC State’s College of Engineering, now has administrative oversight of the MRL. This gives North Carolina-based companies, in particular, access to the MRL’s unique services and capabilities. Dr. Mensah-Biney, the MRL’s Director, says the most important thing to know about the lab is the size of the contribution that it makes to the state’s mining industry. He proudly cites one citation given to the MRL by Buncombe County Board of Commissioners; it lauds the lab as a “world leader in the development, research and implementation of mineral processing techniques.”

“The work we do is of great importance,” adds Mensah-Biney, “to business and education, and to the preservation and wise use of our natural resources.”